Futurology for Developers - The Next 30 Years in Tech


This video is also available in the GOTO Play video app! Download it to enjoy offline access to our conference videos while on the move.

2019 was the 30th anniversary of my first job in tech. On my first day I was given a Wyse 60 terminal attached via RS232 cables to a Tandon 286, and told to learn C from a dead tree so I could write text applications for an 80x24 character screen. Fast-forward to now: my phone is about a million times more powerful than that Tandon; screens are 3840x2160 pixels; everything in the world is networked to every other thing with no cables, and we code using… well, still basically C.

Having lived through all those changes in real time, and as an incurable neophile, I think I can make an educated guess as to what the next 30 years are going to be like, and what we're all going to be doing by 2050. If anything, I'm going to underestimate it, but hopefully you'll be inspired, invigorated and maybe even informed about the future of your career in tech.

Attendees: Send your questions to Mark through the #general channel 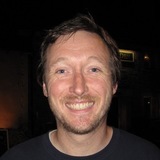