Facts You May Not Know About Kotlin


This video is also available in the GOTO Play video app! Download it to enjoy offline access to our conference videos while on the move.

Since Kotlin began back in 2010, many features have appeared in the language, some of them are still going, others only show up in the deepest darkest depths of source repository history.

Eugene will start the talk with several fun facts from Kotlin’s past. After that, he will go into detail on everything you need to know about Kotlin that you likely had no idea about. Nowadays, Kotlin is not just the JVM language it was in the very beginning, today it supports JVM, JS, and native platforms, including iOS.

Did you know you can share common code and libraries between JVM, JS and native platforms, including iOS? Join Eugene for more.

In this talk, you'll learn: 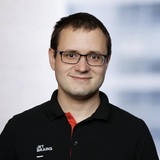 Eugene from JetBrains is here to tell you all facts you didn't know about Kotlin. #kotlin #programming