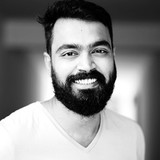 Co-founder and CTO of EverestEngineering

Ranganathan Balashanmugam has worked with globally distributed teams for the last fifteen years. He graduated as a civil engineer and became a developer for nearly eleven years. He worked on web, mobile and distributed technologies to scale software. Later he picked up operations and engineering management at Aconex, where there were teams distributed in four different time zones.

He is currently co-founder and CTO of EverestEngineering, which he scaled the organization to 80+ people in the last two years, in three other regions. He is passionate about scaling and leading distributed teams.